As you may have read there have been 11 reported cases of what appears to be norovirus among the California delegation at the Republican National Convention. Whether or not it is norovirus this brings into question how situations such as these should be handled. (If you are an impatient reader and already understand what norovirus is then just skip the next few paragraphs so you can see the action plan.)
Before I start I want you to know that there is no reason to be panicked. As of now only the 11 said individuals have been affected. From any reports I can see there is no evidence that the virus has spread to others. This doesn’t mean you should be careless. It is still good practice to frequently wash your hands and when possible limit direct contact with others. I know it is easier said than done, but attempting to do so will limit the ability of the virus, or any pathogen really, to move. For more on why you should not be overly worried check out this article from Cleveland.com.

A crash course on norovirus

First, since norovirus is the virus in question let’s take a look at a few facts about norovirus from the CDC:

It is important to note that as mentioned above one of the best things you can do is wash your hands frequently–remember wash for at least 20 seconds, or in other words sing happy birthday twice. More CDC norovirus info.

Analysis of the Current Problem

Now to the issue at hand. At this point there are individuals who have already been sick, meaning there are potentially a large number of objects and surfaces that may still be harboring the pathogen. This is a big issue and is amplified due to the obvious connection with the RNC. Any spread of pathogens from the Resort outside of the city, where the affected delegates are staying, to the convention would mean all convention attendees are at risk. To further amplify things this isn’t just any convention it is a convention where people have come from all over the world to see who the Republican party selects as their choice to potentially be President of the United States of America.

I hope I have been able to at least partially convey the importance of addressing this issue with a swift and calculated response. I certainly don’t intend to alarm you and also don’t think you have a need to be overly alarmed. There methods available to effectively and efficiently deal with this problem.

We are in the business of improving the health of facilities and are very aware of effective ways to handle these problems. Obviously the best thing to do is to have a solid infection prevention process in place. In this case, however, the virus was brought with the affected individuals and great prevention can’t stop a sick person from showing up. Where a good infection prevention process will help is by limiting the ability of the virus to spread once it is introduced into a facility. If you are properly disinfecting to begin with then you can be confident that the virus will be contained.

I don’t know what kind of infection prevention protocol is currently in place, but my guess is that it is nothing very formal. I think this because if there were a solid process in place it would have been already released by the resort or the RNC. Chances are they are being reactive rather than proactive. I am not being critical of them because having a proactive plan for infection prevention is not done by many facilities. They may have a rough, informal process, but a strong protocol allows the facility to ease concerns before they begin.

Now let’s look at what can be done. As mentioned in the CDC facts above norovirus can be difficult to kill. Quaternary based disinfectants are ineffective; bleach is, but is nasty to deal with and can cause allergic reactions. I recommend using activated water, or engineered water. This is some newer technology that is now growing in adoption. It is a solution that can be generated at your facility and is probably more effective than what you are using now. The big benefit is that it has none of the negative health side effects associated with the harsh chemicals used in traditional disinfectants. Follow the links for more information on on-site generation and activated water.

The product of choice for me is GenEon. The disinfectant produced by their machines can kill norovirus with only 30 seconds of dwell time when mixed to the proper strength. To give you an idea most disinfectants require anywhere from 5 to 10 minutes of dwell time to achieve their kill claims.

Why is this dwell time important?

In the situation at hand speed is key. If the facility maintenance crew only has to wait 30 seconds vs. 5 minutes they can disinfect significantly faster allowing them to cover more surface area in a given amount of time. This means two things; they can quickly ensure that the virus is eliminated, but also they can increase the frequency with which they disinfect their facility. This means that instead of disinfecting 1, maybe 2, times a day they can now disinfect 3 or 4 or even more. As soon as a surface is touched after being disinfected it is contaminated again so frequent disinfection addresses this reality.

How should this be handled?

In this case attempting to disinfect such a large area by having people spray the surface, wait 30 seconds, and wipe will take a long time. That’s why I would recommend a misting applicator and if you can a mister that utilizes electrostatics to ensure better coverage. This will allow personnel to simply mist a room/area and then just leave and let air dry. Using the GenEon product will not leave a residual so there is no reason it must be wiped.

These are just some quick thoughts and our experts can help design a program for you that is tailored to your facility. Follow these links for more information on GenEon and our electrostatic disinfection applicator, E-Mist. 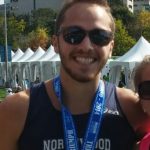 I am the Director of Marketing for the Rhiel Supply Co. In addition to that I manage most of the company's technology needs and am constantly working to use tech to improve the customer experience. I am an avid learner and believe that in order to succeed we need to be open to new thoughts and ideas. My number one goal for Rhiel is to partner with our customers to progress into the future of clean!

Never miss a post by subscribing to our blog!

Congrats you have successfully subscribed! You will now receive the latest and greatest from our blog via email!