Magnets are another simple illustration. Remember when you first discovered that two magnets snapped together and stuck like glue? When you held the two magnets close, you could feel them either attract (pull toward) or repel (push away). Magic? No, it’s simply magnetism at work. Magnetism isn’t exactly the same thing as electrostatics, but this example is good for visualizing the concept.

In the auto industry, paint is sprayed onto millions of cars each year. The process is made more efficient by using electrostatics. The paint particles are electrostatically charged and then the car part being painted is either sprayed with or dipped into these charged particles. This promotes better, more comprehensive coverage while at the same time reducing the amount of paint needed.

The droplets spread out more as they leave the electrostatic nozzle. This happens because they all share the same charge and as a result repel each other. This is more effective than coming straight out of the sprayer because the liquid covers a wider area more evenly (think about how smooth and consistent car paint looks).

The droplets are highly attracted to a negative or neutral surface, and so fewer particles are wasted (landing on floors or walls). The droplets are extremely small (usually between 40 and 60 microns in diameter), so small that they are tinier than the diameter of a human hair (70 microns).

This proven technology has been used to develop a patented application system. As mentioned, most surface areas are neutral (uncharged) or negative. These systems are used to apply an EPA-registered water soluble disinfectant. The E-Mist Electrostatic Systems place a positive ( + ) charge on the droplets as they leave the spray nozzle. The dispersed droplets spread out more evenly and seek out a negative ( – ) or neutrally charged surface. The end result is that your disinfectant is more targeted, provides more uniform coverage with less waste, and like the magnets, the disinfectant is attracted to the surface with remarkable force. In fact, the charged droplets will adhere more consistently and more comprehensively to vertical and horizontal surfaces when compared to droplets with no charge.

As proven in the automotive and agriculture industries, this electrostatic application process takes less time to achieve the desired effect, while substantially reducing chemical costs.

Research studies show that environmental cleaning and disinfection play important roles in the prevention and control of healthcare-associated infections. Though prevalent and widely used since the 1960’s in other industries, electrostatic technology is now being adopted in the application of disinfectants.

By using this technology we are now able to reduce or eliminate viruses and bacteria more efficiently from our spaces to create a healthier environment. I encourage you to reach out to us about how electrostatic surface disinfection can help you! 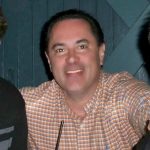 Never miss a post by subscribing to our blog!

Congrats you have successfully subscribed! You will now receive the latest and greatest from our blog via email!